Total solar eclipse: the power of the universe puts things into perspective

I’ve been putting off writing this up for some time. Why? Because everything I put down on paper feels empty compared to the actual experience, because each moment and emotion described feels shallower than the reality, an indignity, an untruth. 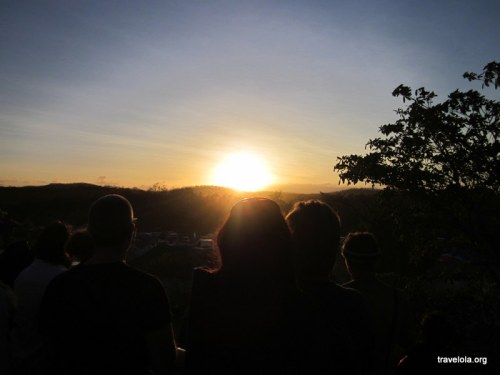 Yet, I was one of those fortunate enough to witness the universe lock in to a moment of perfection and the experience touched me. Deeply.

During the days following the event I did little other than describe it as ‘amazing’, which is pretty nondescript, bland even. I couldn’t come up with anything better. My senses were pricked and I was filled with awe for the universe, and yet I was somewhat dumbed.

So what happened? Time to start finding my words. 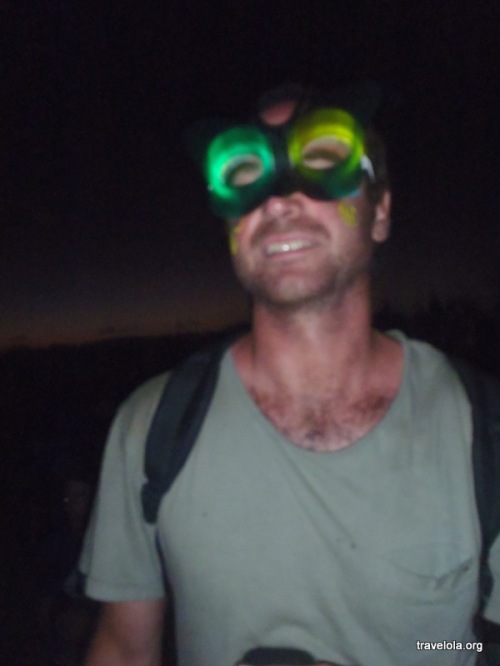 Wrapping up the pre-eclipse party just as dawn breaks

At around 5.30AM on 14th November 2012 I made my way from base camp at the Eclipse 2012 festival up in Far North Queensland Australia, back past music stages where I’d recently bounced to Fat Freddy’s Drop and later stomped about to a DJ I can’t recall, stages that were now winding down. It was the first break from beats we would have in a whole week of celebrations. Respect the moment and the magic. Instead, birdsong was the gathering call.

Ravers, families and a man dressed in a mask and gown gathered on the hill by the Moon Stage as the sun rose, warming the dusty ground and the bones of people who had not stayed up to party, sleepy bodies re-awaking for this unique moment in time. Against a pinky orange sky, a little girl of maybe two snuggled into her father’s cuddle whilst the man in the mask started to sing out in monotone. He raised his face and stretched out his arms to the rising golden orb.

People start to make their way to the viewing spots 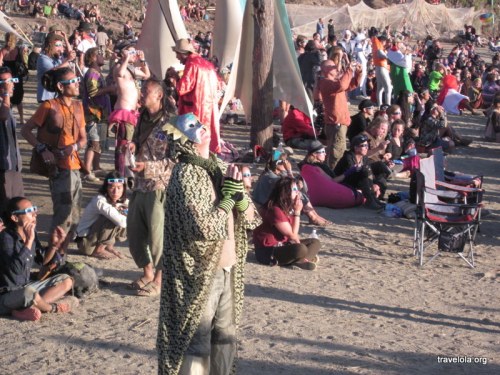 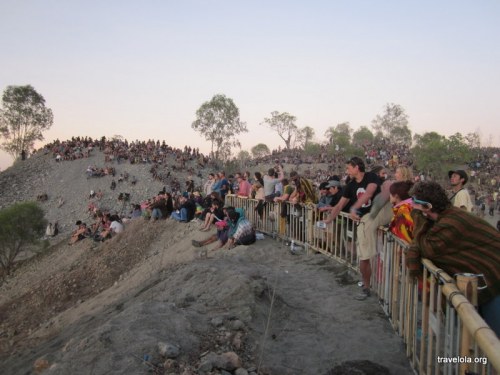 Crowds start to gather for the eclipse

And then came the moon, crossing in front of the sun, starting at the top left, a creeping blackness.

The first quarter passed quickly but then time slowed down and the moon seemed to stick on a partial cover up. I took off my glasses and looked around at everyone else. Hoards of people, crowded up against makeshift fencing, creating silhouettes on the hillside. A raft of upturned faces standing, sitting, lying on a sea of festival dust, eyes protected by paper solar safe shades. Some people headed away from the crowds in search of a private observation spot.

By now all festival stages had hushed, completely, and other than quieting birdsong, an occasional charged ‘whoop’ or a monotone ‘ooooh’ from the sun god worshipper, the world started to silence.

Each minute that the moon moved closer to total cover-up brought with it a drop in temperature. I shivered and wrapped myself up in a jumper. I put my safety glasses back on and stood still with this collective of people who all seemingly had the same intention to watch this process unfold. Occasionally someone shuffled about but mostly people, having found places to perch,  were still, some having resigned themselves to the fact that they would probably not be sharing the eclipse experience with their closest buddies. Finding anyone in these crowds would be a considerable mission, one that might take away from actually taking in the event. No, sit still, let things unfold. Observe. (And be glad that you weren’t one of the ones that woke up mid-morning and wondered ‘Have I missed the eclipse?’).

It became dark. The moon was now firmly between us and the sun and the birds fell silent.

And then, in a flash of sunny brilliance, it all locked into place.  Light shone out of the sides, bright rays crowning a ball of the deepest black. We took our glasses off.  I started with my limited ‘amazing’ exclamations and listened to equally immature and breathy responses that only awe can generate. And lots of cheering. This wasn’t a film, hell no! How does life do this? How is our world so damn beautiful? 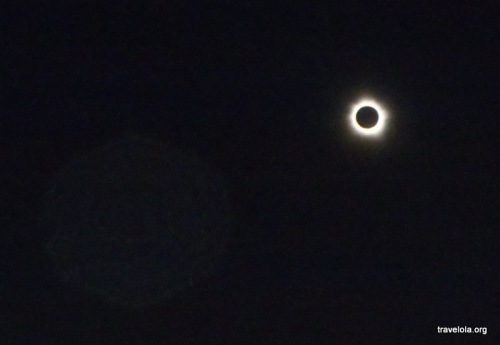 I felt comforted by this vivid reminder that there are far bigger things going on in our world, forces that we try to understand yet still contain mystery, patterns that can be predicted but only up to a point, beauty that generates a moment of wonder shared, appreciated by a humanity hotchpotch.

So much was going through my mind – my life events, choices and hopes – passing through in a moment of clarity and understanding. It all made sense: it didn’t really matter. And, yet somehow, in relation to everything else and everyone else, it did. 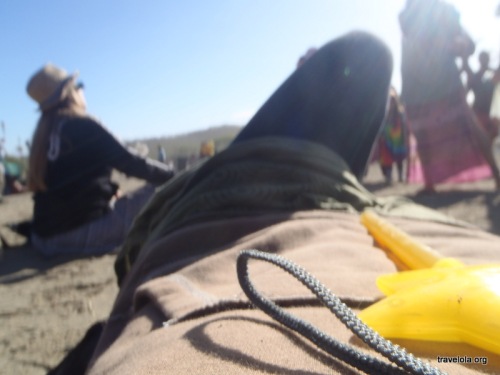 Just over two minutes later and the moment of magic was broken as the sun and moon moved out of alignment, and we were back to reality. The light and warmth returned, the birds started to sing once again and the doof doof of the party started afresh.

Days later I still carried the magic with me, and months later the memory can still evoke a stomach flip and an utterance of ‘amazing’. Because it truly was amazing. Even the dismissiveness of a self-proclaimed eclipse king has done little to dampen my wonder.

And so I may yet become an eclipse chaser. But, would I get that same sense of awe, that absolute natural high from repeating the experience in another setting? Would it not, like any repeat experience, lack the magic of the first time? I’m hesitant.

The next total solar eclipse takes place in 2015 and is visible from Iceland, Europe, North Africa and Northern Asia whereas if I’m still Oz-side, I’ll have to wait until 2028. Might I see you there?

Here’s wishing you all a 2013 full of adventure, good health and good times.

travelola.org will be starting the year with a couple of final posts from my time in French Polynesia before embarking on the next stage of this adventure, a more settled period back in Australia (but still far from family and friends in the UK).

Some planned posts include:

And! I’ve been putting together an ebook containing all travelola postings since July 2011. As I’ve been reading back over this journey,  I’m reminded of some amazing moments that I’ve been lucky enough to experience, and I’d love to share them with you. Now I just need to get my head down and focus on the finish.

I’m really looking forward to meeting more great people, having lots of active fun and learning more about the world in 2013. I hope you’ll join me on my adventures.