Me, you and the Paritutu 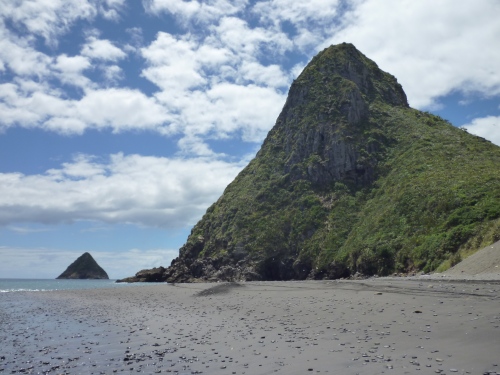 Views of Paritutu from Back Beach

The Paritutu is a mini mountain, well hill really, overlooking New Plymouth and some of the Taranaki region of New Zealand. My plan had been to climb Mount Taranaki itself but other than a peek of the peak on my arrival into the city, she had kept herself well hidden under a swath of heavy cloud. The weather had also been particularly bad for New Zealand summertime: torrential downpours and forceful winds that snapped trees in two and forced us humans to retreat indoors.

But then one morning a little sliver of sunshine promised a better day and my friends suggested a practise walk to and up the Paritutu. We dropped Rob and his surfboard off at Back Beach, and Dund and I set off along the cliff top walk through passageways of plants and grasses. The views opened up to show the surf below; nice lines and peeling two foot waves on a bright blue ocean under a Simpsons sky. 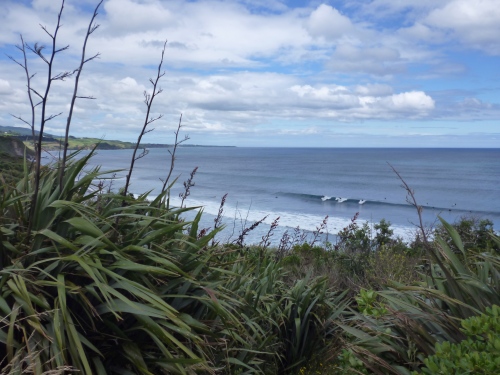 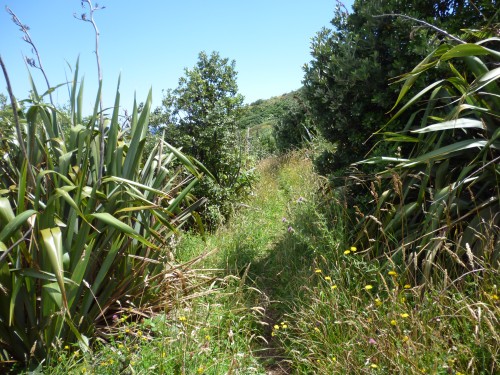 The walk from Back Beach to Paritutu 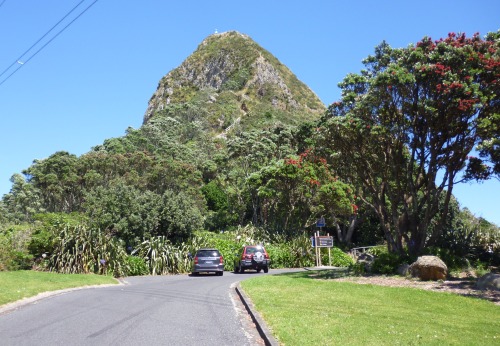 After less than half an hour we were at the start of the Paritutu climb where the first part was an easy ascent up solid, supported steps. The next section was more fun: a return to the ropes and cables of some of the climbs I had experienced in Peru, although here the chain was really necessary to help launch you up to the next level. Not really a path, it was a steep scramble with rocks jutting out all over the place that put vertigo and basic climbing skills to the test. I loved it. (Coming down was a bit of a different matter, the incline and height accentuated by the views down to the bottom, and Dund’s legs were shaking when we arrived back at the start, an adrenaline-achievement mix). 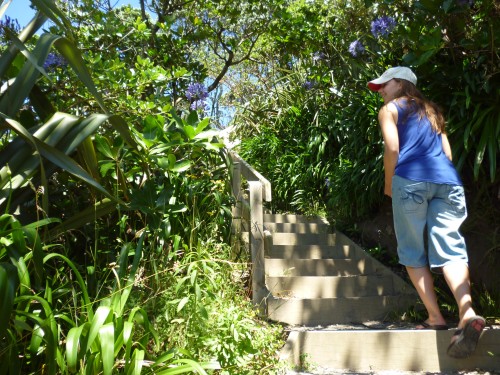 Dund starting the climb up Paritutu 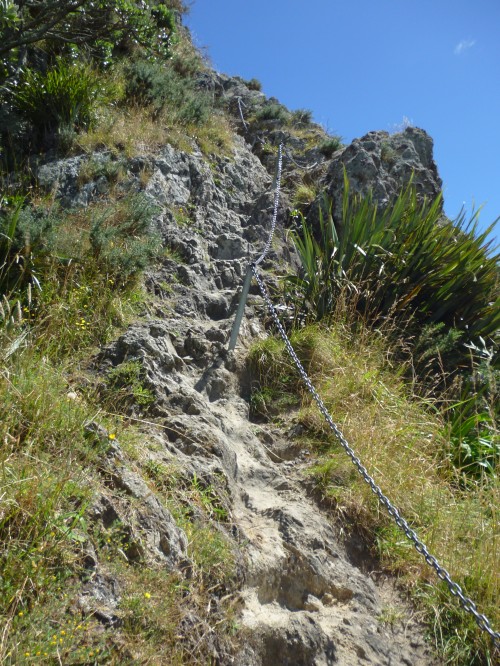 Steep climb further up the Paritutu

At the top of Paritutu there was a little platform to catch one’s breath, take in the views and reapply some sun cream. No shade though, and the strong midday sun was a bit vicious. The height of the Paritutu, although only 156m, allows you to take in the views of the city, seascape and the mass of fields stretching out into the distance. And if you’re lucky, Mount Taranaki, but on this particular day she was still feeling a bit shy. Not uncommon, apparently. 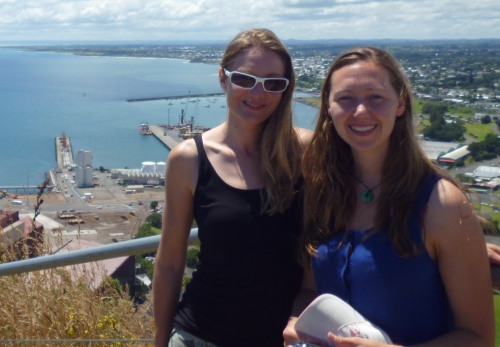 Me and Dund at the top of the Paritutu

When I was in Rotorua, I listened to a radio interview with the  British adventurer Alastair Humphries who talked about doing mini adventures that were doable in a day. This Paritutu experience was essentially a micro adventure, and although fairly structured and safe, it still had the undertaking of the clamber up steep crags which gave it an element of risk. It wasn’t for the unfit or the frightened (though the girl who point blank refused to go up when her parents were up for it was probably being a bit pathetic), but it is a short and sweet morning activity.

If the rain holds off, give it a go.