And the heat and beat build 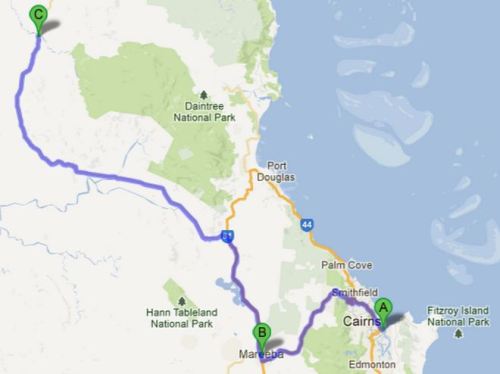 There was something about Kurunda that caught my attention that was less about the cute, independent coffee bars and tourist shops of the compact town centre and more about everything else. Like the gorge at Barron Falls, and the dense lushness of greenery, an environment of the richest greens.

We were barely half an hour out of Cairns, car weighed down with a week’s worth of drinking water for three people. We wound our way up into the mountains, missed the stop-off for wide angle views down over Cairns and the Coral Sea, and made a brief stop at the gorge. 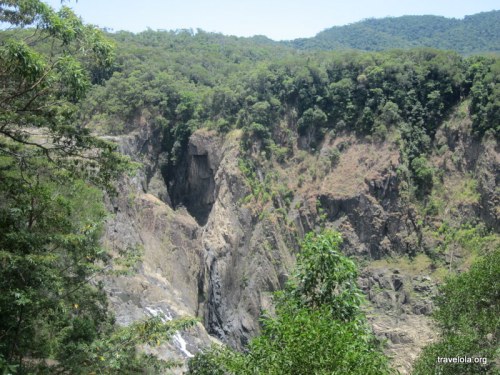 But now to face the matter in hand; the final inland stretch to Palmer River and the Eclipse 2012 festival.

We drove along straight roads towards more mountains and into a plateaued land of spindly trees, thirsty twigs and branches poking out of thin trunks, out into a vast, clear sky. Termite mounds rose up from the tarmac edge, dotted along into the far distance, some heading towards the two metre mark, traditional cone shapes alongside crazy distortions and face-like shapes, trip-like. No wonder the festival was being held out here. Mind enhancement seemed pretty unnecessary: let nature show you some magic instead.

A cow ambled along the roadside. Where was its nutrition?

Those far away mountains loomed close and once again we started to climb. With less than an hour to go, we pulled in at another scenic viewing spot and paused, looking out over a light brown landscape, a tinderbox of dryness. 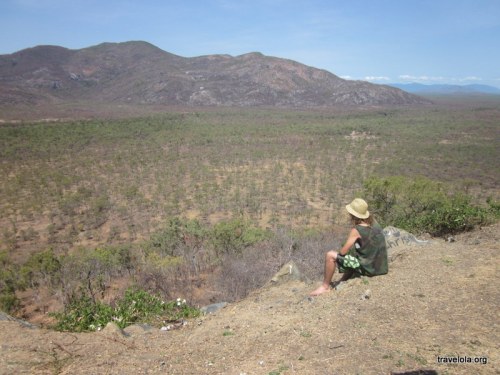 One guy stops off to take in the scenery. A moment of peace before the party. 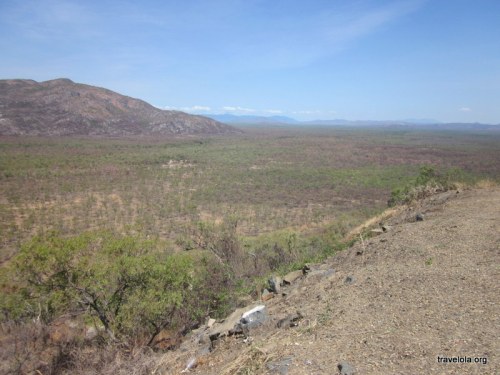 Dry, dusty environment… a taste of things to come

And then the last filling station, a few souls milling around grabbing smokes and snacks, what was left. Bottle shops and convenience stores from Cairns to Mareeba to Palmer River were running low. Fuel needed bulk replacing. It would be a good week for this little area of Far North Queensland.

We turned into the festival site, waved in by two guys and a girl, big smiles and a jiggle dance. A girl walked towards us, little shorts showing smooth, tanned legs covered in a thick layer of dust. She pulled down the cloth that was tied around her mouth.

‘You already got tickets?’ she asked.

‘Not for a bit. Some guys pulled a couple out. It should be fine.’

My mind flipped. This was a city of tents and abodes and set-ups, established within what felt to be the most inhospitable natural environment I had ever found myself within. It would be like no other camping experience. Of that, I was sure. 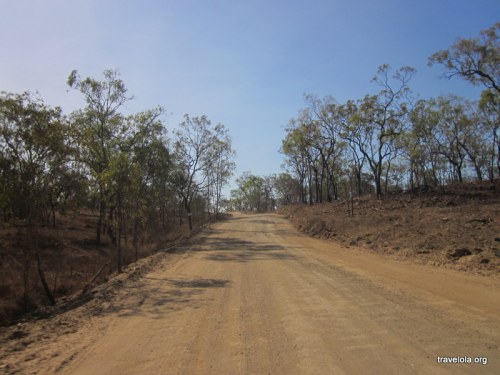 The final stretch into the festival site 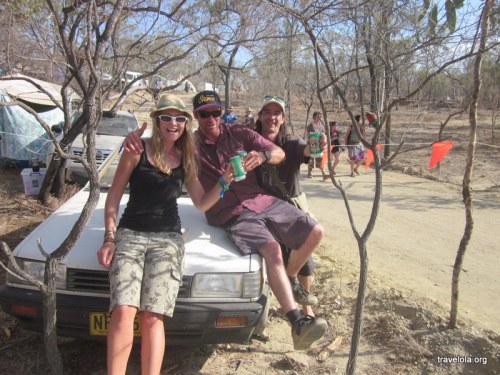 7 responses to “And the heat and beat build”