Where Che lay rotting, lost in a shallow grave

I WAS PARTLY FOLLOWING La Ruta del Che, the trail within Bolivia that Che Guevara is said to have taken shortly before his capture and execution at the age of 39. Che and his men were in Bolivia to try and win support from Bolivians and the surrounding countries, but overall reports suggest that his efforts weren’t wholly successful.

After Che was killed, his body was moved from La Higuera to Vallegrande where it was laid out across the hard, concrete basins of the hospital laundry, the lavanderia. He was half naked, his eyes were forced open, his body mutilated. A warning to other wannabe political rebels.

I stood for a while in front of the open fronted room and took in this scene. Graffiti covered every inch of the walls, messages of appreciation amongst modern day fighting talk. The simplest scribble states Gracias Che. 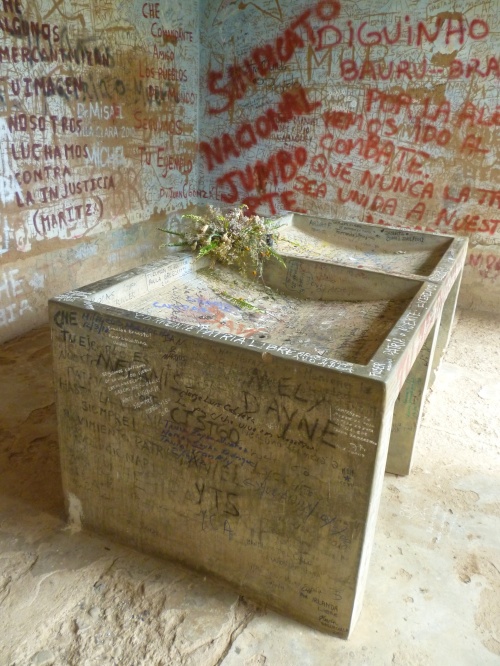 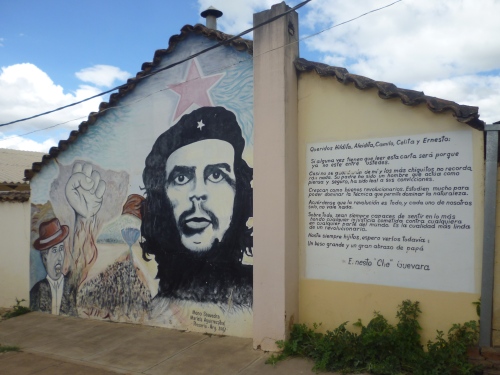 Painted on the outside of existing hospital buildings

A small group of us headed to the next part, the memorial. Why we needed three guides with us, who knows. Maybe they just wanted to visit the site again themselves?

The memorial, under lock and key, is a well preserved little place only accessible through booking with the Casa de la Cultura. Inside the light building are carefully framed photos from throughout Che’s life and newspaper clippings from various events connected to Bolivia. 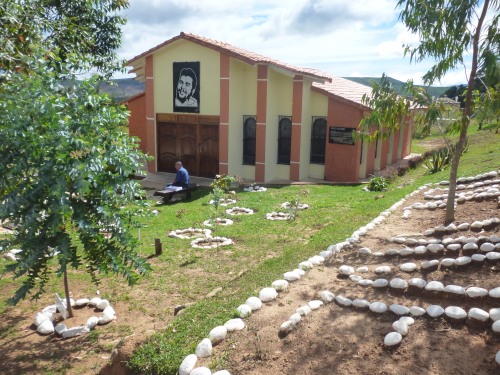 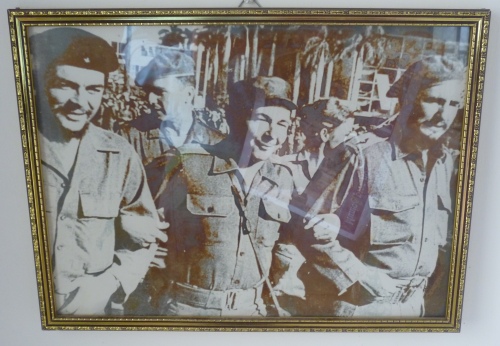 Che photos in the memorial building

The centre piece is the shallow grave where Che and six of his men were hidden for thirty years before being discovered and sent back to their respective home countries. In 1997, Che’s body was exhumed and repatriated back to Cuba.

Not really the place for big smile or thumbs up photos, one of the guides was insistent to photograph me in front of absolutely everything. ‘Now here’, he’d say, grabbing my hand and dragging me to the next part of the room to stand awkwardly in front of yet another a photo display whilst he took ownership of my camera. ‘And now here, he said physically positioning me in front of the grave, ‘now outside’. 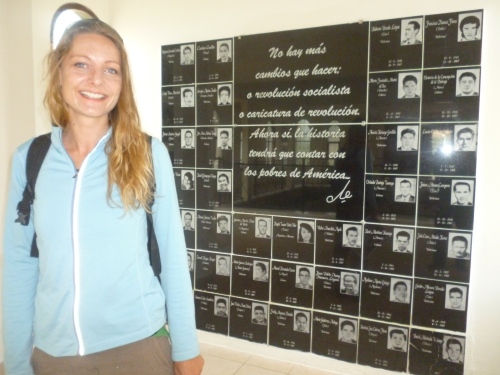 Me and a load of revolutionaries. Oh yeah.

I felt that this little part of the trip was partly being hijacked by a snap happy helpful, so I turned the camera on him, and he loved it. 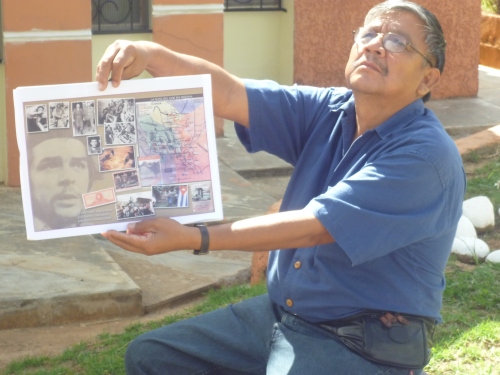 Drama and more with the additional guide

The Casa de la Cultura is located on the main plaza, Plaza 26 de Enero, and is full of Che cuttings and information. Here they can provide you with a wealth of information and help to organise onward trips to La Higuera (the place of Che’s capture and execution). Entrance the memorial and the lavanderia costs 30Bs. It is possible to book tours that take in the two Vallegrande sights and then explore the other places en route and within La Higuera, but costs are high and it can be worth organising your own transport, as I did.

14 responses to “Where Che lay rotting, lost in a shallow grave”