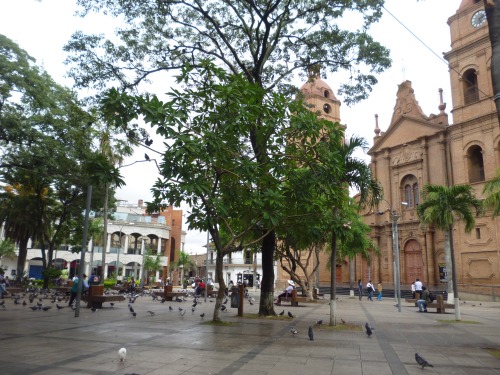 On my first day in Santa Cruz I met an American traveller who had lost his friend in the city the previous night. Halfway through an evening of drink and drugs in some third ring Santa Cruz bars – an area where tourists are advised not to venture – both guys were arrested for not carrying identification. They were thrown into a city jail along with a load of other tourists. Following pay offs and promises to return with passports the following day, both boys were released. The partying continued. And then somewhere, somehow, Marc lost his friend to a girl, or to hedonism, or to who knows what.

5:00pm the following day and Marc was worried. His friend hadn’t made a reappearance. If a girl had been involved, motel kicking out times had long passed. Marc started to imagine the worst. Was he back in jail? In hospital? In a gutter? It wasn’t like his friend to be so late, so inconsiderate.

I never found out what happened, how this resolved. It unsettled me a little, but it wasn’t unusual. Most people showed up eventually with a good story.

But it made think: did I really want to stay in a city like this?

Santa Cruz, many told me, is a fun place to party and spend a few days but beyond that doesn’t offer a huge amount to a backpacking crowd. I only spent three days in Santa Cruz and as far as my limited exploring revealed, it is just another South American city with yet another lovely plaza and cathedral.

However, as my taxi driver warned me, despite a warm climate and a modern, Brazilian influence, it also has its dangerous side.

Call me boring, but I’m a bit over dangerous cities. I’m not really a city girl, in all honesty. And maybe because I was also seriously under the weather and on a good dose of antibiotics, I wasn’t really feeling the place. I needed country air. I craved a welcoming, safe environment. 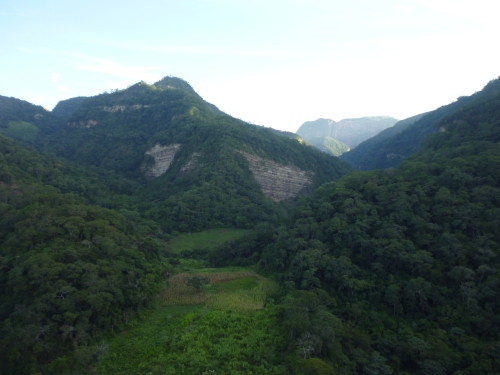 Views on the way from Santa Cruz to Samaipata

So I squished into a taxi with four Israeli backpackers and wound my way down from Santa Cruz through a mountainous landscape towards the fresh air of Samaipata.

But first, a stop-off at what sounded like a hippy idyll in Bermejo: an organic farmstead that embraced music and creative arts and was working towards self-sufficiency.

Surely this would be the ideal place to recuperate and re-energise?

One response to “City to hippy: Santa Cruz to Samaipata”